A little bit of history that is worth revisiting.

In 1500 B.C. the land was cultivated by the Celts. Around 58 B.C. the Romans conquered, took the land and made it the center of their wine region. Grape growing for the purpose of fermenting was so significant to the Roman way of life, that they built barricades and military camps to protect the vines.

As Rome declined the Germans decided they needed a vacation spot, so they moved in for a few centuries and brought with them the Holy Roman Empire; which was really a swindle to get German noblemen elected Pope. The 13th century was a very prosperous time for the area and also a time of struggle for identity. Yet, you cannot stop time and as the 14th century came knocking, it brought with its harsh winters, bad harvests and that showstopper of all show stoppers – the Black Death. You remember that pint-sized plague that killed about 200 million people and was blamed on the Jews? This began Pogrom, a violent riot aimed at the massacre and persecution of ethnic or religious groups, particularly Jews. This was the best idea people could come up within 1340. The process of Pogrom would happen throughout history, the most infamous, during World War II, when Hitler had his bright idea, one he thought was original.

By the mid-14th century, France was getting its ass kicked during the Hundred Years’ War and was not able to keep their hands on the region. That was of course until after the war, in 1444, when they walked over the Higher-Vosges Mountain with a large army and demanded the submission of the areas most populated cities. The official signature on the dotted line, however, would not happen for another two hundred years, around 1646, when the upper region of the area was signed over to France, through various treaties between Spain, Netherlands, Holy Roman Empire and the like. 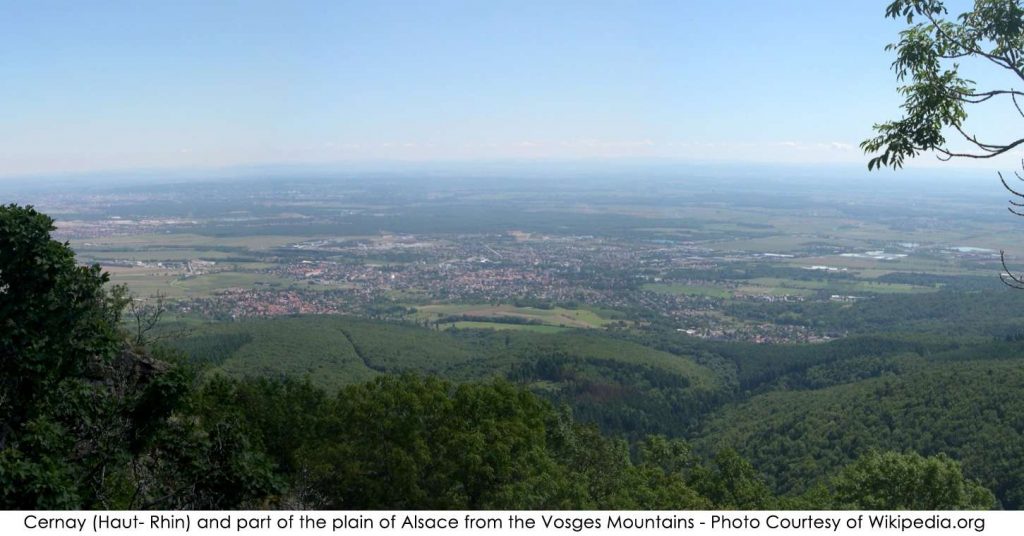 Then comes the French Revolution in 1789 and with it, brought a total change in the political system, entrenching France as the occupier of the area ever since, yet they’ve had their share of problems over the last couple centuries. Whereas Germany did not want to let go of what they thought was their region, which was part of the Franco-Prussian War in 1870 and from that was the creation of the unification of Germany. At that point, the area was partially annexed, however during World War I, France stepped back in and Germany did as well. The United States at the time declared the region self-ruling. Germany also ceded the area to France during the signing of the Treaty of Versailles. But wait, a few years later Germany went back and occupied the region during World War II because they never formally annexed the area. All of this insanity was over a region about the size of Connecticut which was separated from the rest of France by the Vosges Mountains and on the German side by the Rhine River.

The result? Welcome to North Eastern France. An area called Alsace, the fifth-smallest of the 27 regions of France. The historical language of Alsace is Alsatian, and although a mostly German dialect, today most Alsatians primarily speak French. A declining portion of Alsatians speak the traditional language; 43% of the adults and less than 5% under the age of 18.

Much like the land itself, the wine in this region has a long storied and noble history. A great thing does happen when two countries, who make phenomenal wines, share a border. They end up growing vines that last the test of their conflicts. Due to the German influence and the climate sweet white wine is going to be the leader in production bringing great Rieslings’ and Gewurztraminers (notice the French spelling, sans the umlaut over the U), followed by Pinot Gris, some Pinot Noir and a few other white and red varietals. Even with the unique growing conditions, Rieslings in the Alsace region are very dry compared to what you find in many American Rieslings. The dryness brings out the crip earth-tones to the wine.

The layout of the wine growing region in Alsace is based on two central factors, the Vosges Mountains in the west and the Rhine River in the east. The vineyards are dedicated to a thin strip, running in a roughly north-south direction, on the lower eastern slopes of the Vosges. The altitude provides a good stability between temperatures, drainage and sun exposure. Because of mainly westerly winds, the Vosges Mountains tend to shelter Alsace from rain, so the region is consequently dry and sunny. 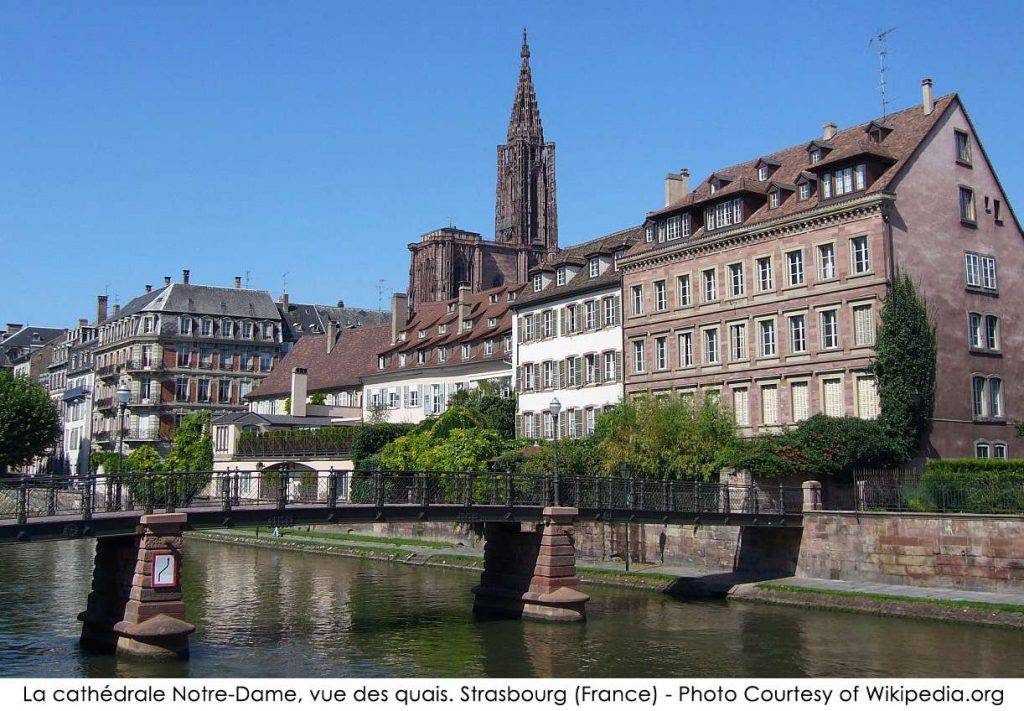 Researching this region was fascinating. Beyond the political and war aspects, and even beyond the wine history, I’ve never wanted to visit a place more than Alsace. From the beauty of the villages, the houses, the buildings, the landscapes, all seem very welcoming. The architecture, parks, and museums in the capital city of Strasbourg are idyllic. Much of the area is cobblestoned, with German-influenced cottages. The food in this area looks incredible with its deep French influence and German simplicity. Nevertheless, for the sake of this review, I’m all about the wine, so let’s dive into some bottles and see what Alsace tastes like.

The attention of this article is Riesling; a varietal that is highly “terroir-expressive”, meaning that the character is greatly influenced by the wine’s origin. Also, the correct way to pronounce, ‘terroir’ is ‘Tear Wah’. The expression of the soil, regional minerals, and so many intricate nuisances determine the subtleties of a wine. Terroir is everything as far as a Riesling is concerned. With the wind at our backs, low rain levels, it looks like I’m going to be drinking some lovely dry Rieslings in the months to come.

As I head to France in the spring of 2016, Alsace will definitely be one of my stops to dine, drink and drink some more.